Customer need: Design a college building based on users’ needs

Boost Brothers acted as the facilitator of the user-centric design

A series of workshops were conducted in the autumn of 2016, where the Point College staff, together with the construction company, architects and client experts planned the design of their future college building. The workshops covered both staff, teaching and general premises. In the spring of 2017 the process continued with furniture workshops.

“It has been a pleasure to carry out a project, where the users’ opinions and wishes have been truly taken into account. Also, it has been particularly good, that the project has continued on budget and on time”, tells Point College Principal and Managing Director Sari Gustafsson.

The development of the design plans and the user-centric design work were especially based on the analysis of Point College staff’s activities in the new building. The workshops were able to identify important issues, that affected the building’s facilities, furniture and HVAC. Therefore, the design plans and technical decisions could be developed and iterated to better meet the users’ needs. YIT Construction and Boost Brothers acted as the organizers of the workshops.

“Together with the Point College staff and our project team we were able to create an atmosphere of genuine inclusion in workshops, that resulted in an entity that is more than the sum of its parts. It was nice to continue to the construction phase from this,” rejoices YIT Construction’s unit Manager Matti Sarikkola.

Students also participated in the planning process via a student survey conducted in the three languages of the college ​​– Finnish, Swedish and English. The students’ wishes were thoroughly reviewed and their feedback brought new perspectives to the designs.

Juho-Kusti Kajander, Boost Brothers CEO, is excited of the practical implementation of the user-centric design.

“It has been great to work together with users and designers to carry out a project, in which all parties have pushed one another to better results in a spirit of good cooperation. As a result of the workshops, the interaction between the parties was rapid, the budget was not exceeded and the users and the client were satisfied,” proclaims Kajander. 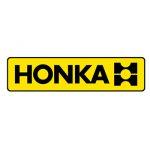 The damp-management study of the Zero Energy House
Menu