New Social and Health Care Centre in the city of Järvenpää

Project: Construction of a new Social and health care centre

Demand: To procure the design and construction by a user-centric manner, and audit the process

In the end of 2016, the city of Järvenpää opened a new social and health centre that gathers all the services under one roof.

The design and implementation was conducted by an alliance, consisting of the client (Kiinteistö Oy Järvenpään Terveystalo), the user (city of Järvenpää), and the constructor (NCC).

Boost Brothers was responsible for the procurement and acted as an external expert throughout the project.

Open-building in a central role

The new social and health care centre was carried out in accordance with the principles of open building. Open building is a design approach that divides a building in two main parts: a permanent base building and a modifiable infill. The permanent base was constructed on sustainable solutions for a 50 – year life cycle perspective. The infill was constructed to serve the primary use and demand of the use on a shorter term, the lifecycle of the infill is planned to be 15-20 years.

The project was implemented in two phases, where the first part consisted of the virtual design and construct model. The users had the chance to “visit” the designed building in 3D-simulation and were able to review and develop the constructions. After the virtual design, physical demo rooms of the most common user spaces were conducted to gather more feedback.

Users’ wishes were carried out

Concrete changes were made on the basis of users’ views, for example, the dentists recommended that the walls could be closer to each other in order to operate more effectively. Also, the patients were heard, “At first,

the patient rooms did not have visual contact to the corridors, because we wanted to protect the patients’ privacy. Patients on the other hand wished that they would be able to see the what happened in the corridors, so we made the wish come true”, commented Jari Toivo, the CEO of the property (Kiinteistö Oy Järvenpään Terveystalo), in an HS interview.

Both the client’s and the users’ representatives have been content with the results. “The best thing about the project is that the actual users have had an equal role with the construction partners” says City Director Erkki Kukkonen. “The degree of commitment – certainly due to the method of how this is done – is at a remarkably high level.”

The project has been awarded several times

The Järvenpää social and health care centre was awarded the national quality award in 2015 for its unique user perspective. The project also won the category of public buildings at the Tekla Global BIM Awards in 2016. Previously, the project had won the Finnish Tekla BIM Award and thus reached the international finals, as one of the top 73 projects in the world.

Boost Brothers has been developing the virtual design and construct model from the beginning, implementing it and “a building constructed by user demands”- procurement model, as well as audited the implementation throughout the project. 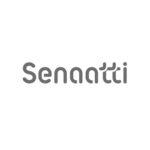 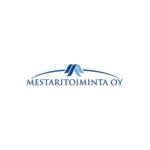